When you book with an account, you will be able to track your payment status, track the confirmation and you can also rate the tour after you finished the tour.
Sign Up
164

Explore Rabat when you are visiting Casablanca during a Cruise Trip. Rabat Shore Excursion will let you explore the capital of Morocco. Rabat, the Capital of Morocco, is classified since 2012 as a UNESCO shared heritage

It is one of the imperial cities of Morocco, the political and administrative center of the country where the Royal Palace, the government, and embassies are located. Rabat is located in the northern area of the country, along the Atlantic coast and on the left bank of the mouth of Bouregreg.

Rabat Shore Excursion from Casablanca Port will lead you to discover the main sites of Rabat: such as the Kasbah of Oudaias, the Hassan Tower and the ruins of 200 columns, the Chellah Necropolis, the Mohamed V Mausoleum, the medina, and more!

Chellah: or Sala Colonia is a necropolis and complex of ancient Roman Mauritania Tingitana and medieval ruins at the outskirts of Rabat, it is the most ancient human settlement on the mouth of the Bou Regreg River.

Hassan Tower: It’s the minaret of an incomplete mosque, the tower was intended to be the largest minaret in the world along with its mosque but the work stopped just after the death of Yaakub Al Mansour

During this Rabat day trip, you will also enjoy the visit of Mohammed V mausoleum: is a historical building located on the opposite side of Yaakub Al Mansour esplanade.

Oudayyas Kasbah: is a Kasbah at the mouth of the Bou Regreg River, it was built in the twelfth century by the Almohads who called it “Al Mahdia” in reference to their leader Al Mahdi Ben Tumurt. Originally this Kasbah was a Ribat (a military defense)

Medina: in the old medina there is a lot of things to be seen, ancient ramparts with huge gates and countless craftsmen shops. 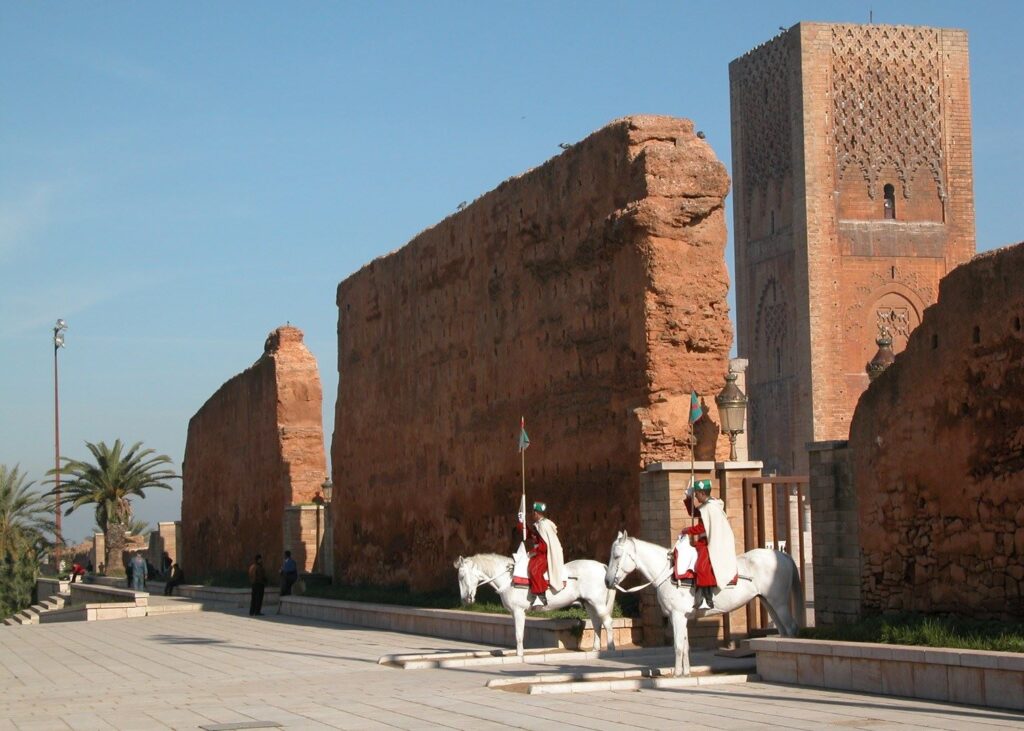